All Eyes On: 3D Toy Shop

We’re back with another in our series celebrating great people who are achieving great things. This time we chatted to Nick, from the 3D Toy Shop about making toys for children with specific medical needs, and literally changing lives. Here’s what he had to say…

What is the 3D Toy shop and how did it come about?

3D Toy Shop makes toys that don’t exist so that children can have a friend like them. I started 3D printing fun toys for my kids, and then I got asked to make a teddy with a shunt valve, for a child with a brain implant and then 68,000 people went to my Facebook page and I had over 100 of those teddies requested. And on the back of that, I just had medical device after medical device requested, so I stopped making regular toys and just focused on teddies with medical accessories.

And how did you get into 3D printing in the first place?

I haven’t been doing it for that long. When lockdown started, I decided to start printing PPE. I made ventilator values, because hospitals had to dispose of them and manufacturers weren’t able to make them any quicker. So all the hospitals ran out. I  made face shields, ear savers, ventilator valves and little door hooks. And then when the hospitals couldn’t take any more homemade PPE, I just started making toys for my own kids and thought I’d be able to sell them. And then the rest is history really.

Do you take special requests for different types of medical needs?

Yeah pretty much! I’ll take a request for anything and if I haven’t already made it and I can make it, I’ll design a new toy for that child, knowing that there will also be lots of other children that it can help too. And as a result of that I’ve got over 100 different toys that aren’t available anywhere else in the world. I got a request for a child who has to wear a safety helmet and they wanted a teddy bear safety helmet, which doesn’t exist, so I designed him one, and I’ve since made about half a dozen others for other children who wear them.

So do you just make the accessories, or do you supply the teddies too?

I supply the accessories on teddies. The way it works is that people fill in a form to say which condition a child has, and what medical devices they use. That will then sit in a queue, and I’ll try and 3D print all of the accessories ahead of Teddy Surgery Day. Then, one day a week, my Master Teddy Surgeon, Emma, comes and picks the forms and relevant toys, and sews them onto the teddies, and then the child gets a friend like them! I also make a little trophy to send out with every teddy, which is a little hero award.

You mentioned Emma, your Master Teddy Surgeon. Is it just you two? How big is the 3D Toy Shop Team?

It is basically me, I work all mornings and evenings. I keep five 3D printers running 24 hours, and then Emma has been working with me for two years, but she only works one day a week. And then we sometimes have volunteers who drop in for a day or two. I’m going away for the weekend to a party and I’m taking 15 teddies with me to see if I can persuade some people to do some sewing at the party! In the past sixty days I’ve got over 10 million views on TikTok, which means I’m completely swamped!

And I don’t charge for the teddies either, they get sent with a letter that asks for a request of £20, but if people can’t afford to pay that, then they don’t have to. I have a crowdfunder set up that pays for the teddies that people can’t pay for themselves, which I’ve had £21,000 donated to so far.

Is it just teddies or do you put the accessories on things like dolls too?

At the moment it’s just teddies. We sew all the parts onto them before shipping out. However, I’ve recently been contacted by a children’s hospital who want them on sterilisable dolls, because they want to reuse them from child to child, and a teddy doesn’t pass the sterilisation procedures at hospitals. So, I am planning to put poppers on the accessories so they can be put on the dolls, but at the moment I have no time!

Speaking of time, how long does it take to make the toys? Does it depend on what you’re making?

It completely depends. A pacemaker for instance will take about twenty minutes, whereas a foot splint will take six hours, and a walker will take twelve hours. So if someone’s getting a walker and two foot splints, that’s 24 hours of 3D print time, for one request. I can make batches though, so when I design a toy, I’ll make a batch of the accessories, I’d never just make one. And then I’ll change the plastic on the machine and it’ll do the next batch. I keep stock of everything I’ve made, so that then on Teddy Surgery Day if there’s something we haven’t already got, I’ll make a batch of them for the following week. The machines run all day and evening, whilst I’m at work and whilst I’m asleep!

It sounds like a very expensive thing to run - especially now with the cost of living crisis. Does your crowdfunder go towards running the business too?
Yes. 3D Toy Shop is a non-profit. All the money goes into the business, so I can then use it to buy teddies, materials, equipment, and put it towards how we run too. I work for another company three days a week and 3D Toy Shop two days a week, although, more realistically, I’m working for 3D Toy Shop every single minute of every single day making sure the machines are all working, going through the requests, and doing social media!

Is social media where you get most of your requests now?

Yeah pretty much. I was on BBC Breakfast, which was broadcast nationally, and I had 50 teddies requested on the back of that. But then I can make a TikTok, which will go out to 100,000 people and I’ll get over a hundred teddies requested. And as soon as the teddies arrive to the families, they’ll post them on social media, and other people will want them. I recently made a teddy for a boy who is a double amputee, so the teddy had two prosthetic legs. When they got it, the mum sent the photos to an amputee group on Facebook and all the people in those groups started following me and have requested teddies too. Children also take the teddies into hospitals or schools and the word of mouth about them go crazy! But it’s so good.

And representation really matters, so as soon as children see them, they want them! It’s a ripple effect isn't it?

Exactly. And you know, 90% of people seeing all the content might not be potential customers, but 10% will be. And the feedback that I’m getting is amazing. I got some feedback recently from a family who have a small child who was just refusing to take their medication. The teddy arrived, and it came with a medicine bottle, so the parents started feeding the teddy their medicine first, and now the child takes theirs too.

You can’t make it up! There was another story we had from a parent who said their teddy with a hearing aid has helped their child get used to theirs. And another about a kid who was really afraid of her upcoming heart surgery. She got her teddy and now she’s looking forward to the surgery so they can be the same. It’s so important. That’s why I don’t charge for them. It changes children's lives and makes them more tolerant to the things that happen in their lives. A lot of disabilities or medical apparatus are hidden, so I’m making them visible and making them something that can start conversations and make people more aware of different things.

How many toys have you made so far?

It’s over 2,000 now I think. At first I was sending them out all over the world for free, but I had to stop doing that, because it costs so much to send things internationally. Now, if someone outside of the UK wants a teddy they can still get them, but they have to cover shipping. In the UK it’s still free. I’m starting to think about setting up an etsy shop too for things like asthma inhalers, that aren’t necessarily attached to teddies, but people can just buy if they want to.

What does the future of 3D Toy Shop look like?

I would love to do this full time, but at the moment I can’t afford to. I’d need some major funding, an office, about fifteen people to help. It needs to be set up in a way that isn’t just dependent on me and Emma. Because right now, if I decided to stop, this whole thing ceases to exist. And that doesn’t work. I’d love to see it become an entity with multiple teddy surgeries around the world, where I can send out the accessories in bulk, and they’ll do the surgeries on the teddies and send them out locally. I’d like to keep doing the 3D printing myself, but resourcing the work out. And in the meantime I’ll just keep doing what I’m doing and making children happy. It’s a win. 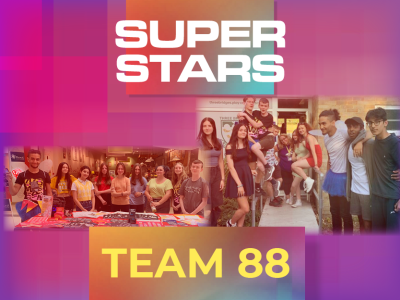 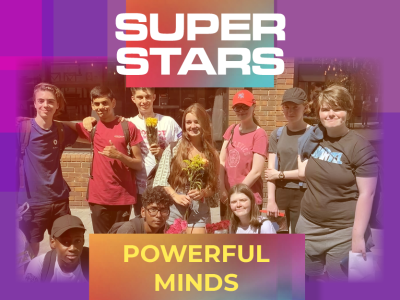 See how Anoushka and team tackled mental health in their community… 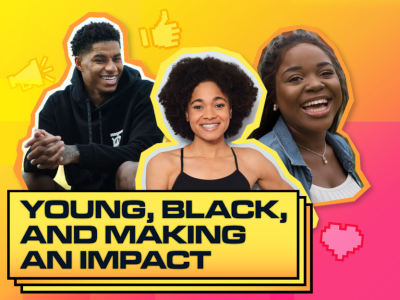 Young, Black, And Making An Impact

Check out some of our favourite young people making a difference in the world!