The Speaker: The Impact of Coronavirus In Politics

Let’s face it, over the last few months the planet, and all of us, have been through a lot! What part does politics play in an ever changing environment of restrictions, guidelines, protests, and change? Our friends over at The Speaker give us the run down on the impact of politics today...

Whether we like it or not, politics impacts all of us, every day.

Politics can often impact our lives in small ways that we don’t even realise, though in recent years politics has become increasingly difficult to stay away from. Whether its politicians debating funding for vital key services or negotiating the B word (yep, Brexit), there’s been no shortage of things to talk about.

On January 31, 2020, the United Kingdom left the European Union following a historic vote by the British public in the EU Referendum back in 2016. While there’s still plenty of work to be done in negotiating future trade deals with the EU and countries around the world, many had probably hoped back in January that finally, there could be a break from the relentless British political action.

That, however, was not to be.

The coronavirus pandemic has changed so much since the first cases were confirmed in the UK on January 31. We’ve had to change the way we live our lives, distance ourselves from our friends and family and tragically, some of us have had to make heart-breaking farewells.

During lockdown, decisions made by politicians have impacted our lives immensely, perhaps more than ever before in our lifetimes. In order to try and protect each other from the deadly virus, we’ve been asked to give up freedoms that we would usually just take for granted. Visiting friends and families, travelling for leisure and playing sports – these are just a few day-to-day activities that have been suspended due to lockdown measures.

As with most decisions made by politicians, there has been debate. Some argue that restrictions should have been implemented quicker, others think that they came in at the right time. Whatever your views, the chances are pretty high that you’ve seen, or perhaps even engaged in, some commentary. With lockdown restrictions impacting our lives so much, many of us have been keen to follow politics more than ever before. Indeed, the first weeks of the Daily Coronavirus Briefing from Downing Street became almost a tradition for many to watch…

During the pandemic, the UK government has been advised by the Scientific Advisory Group for Emergencies (SAGE), a group of leading experts from within government, industry and academia. The scientists and experts review evidence about the virus and its spread, before making recommendations to politicians in the government who then usually make and announce decisions.

Matters of health in the UK are devolved, which has allowed the First Ministers of Scotland, Wales and Northern Ireland to set some restrictions differently to England. For example, schools in Scotland are not expected to reopen until August.

As more lockdown measures are eased, politics has remained important here in the UK and Members of Parliament have been able to challenge the government and ask it questions about its response to the virus pandemic, commonly seen in Prime Minister’s Questions on Wednesday lunchtimes.

Politics overseas has of course also been important and prominent in news headlines throughout the pandemic too. Different countries have taken varying approaches to responding to the virus and there have of course been questions and discussions over international travel as lockdown measures are eased and the summer months get underway.

With politics impacting us in many different ways, it's key that we understand how we can get involved. Some of the ways you can/could get involved now include;

Before getting involved in politics, try to learn a bit more about how things work – politics can often be quite complex and difficult to understand at first. Check out educational resources and when reading the news and social media, be careful to watch out for fake news and misinformation.

While politics may often be serious and complex, it sometimes brings us some moments to laugh about. There were a few teething problems as MPs tried to get used to the new social distanced voting system… hands up, who else would have done this?

To conclude, politics is perhaps more important than ever before in our lives, so it’s key that we can understand what’s going on and that we can have our say in shaping the future.

To learn more about politics, how it works and how you can get involved, check out The Speaker at speakerpolitics.co.uk. 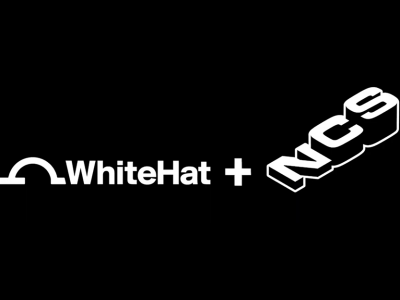 Have stereotypes affected your life? Check out how these WhiteHat apprentices combated stereotypes... 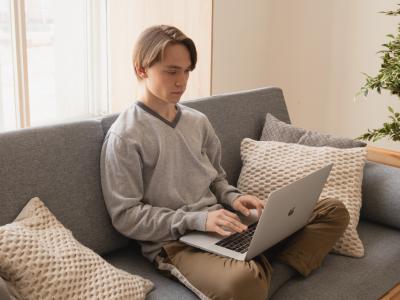 How To Tailor Your CV During Lockdown

Get the lowdown on boosting your CV during lockdown…

What Is UK Parliament And Why Should I Care?

Want to know the ins and outs of how the country works? Look no further…