Think you know the world we live in? Know your Belgium from your Bali? Are you versed from Afghanistan to Zimbabwe? Put your globe-trotting knowledge to the test with our quiz all about countries! Answers below...

1. What country has the longest coastline in the world?

2. How many states are there in Australia?

3. In which country would you find La Sagrada Familia?

4. How many countries still have the shilling as currency?

5. Which country has a unicorn as its national animal?

6. The Dutch Antilles in the Caribbean were made up of three countries - Bonaire, Curaçao and what?

7. Which African country has the largest population?

8. What country is Phnom Penh the capital of?

9. In which country is the highest mountain in the world found?

10. Which country has the most islands in the world?

Yep, America’s upstairs neighbour Canada is the most coastal country in the world with a whopping 202,080km of ocean-side land!

We stopped using the shilling in the UK way back in 1990, but Kenya, Uganda, Tanzania and Somalia all still use it today.

Believe it or not the unicorn really is the national animal of Scotland! A unicorn has long been a symbol of purity and power, values which are ‘embedded in the Scottish psyche’ according to the Scottish Tourist Guides Association!

Aruba, Bonaire and Curaçao were colonised by the Dutch in the 17th century and remained part of the Kingdom of Netherlands until 2010. The Dutch Caribbean population is approximately 337,617 people!

Nigeria has the largest population in Africa. As of 2020, the country counted 206 million individuals, whereas Ethiopia, which ranked second, had 115 million inhabitants!

Phnom Penh was once known as the ‘Pearl of Asia’ and was considered one of the loveliest French-built cities in Indochina in the 1920’s (Cambodia was colonised by the French). It’s now the nation’s economic, industrial and cultural center!

Sweden has the most islands in the world, with an astounding 221,800 - the majority of which are uninhabited. But even the capital, Stockholm, is built across a 14-island archipelago with more than 50 bridges. Amazing!

Let's Get Quizzical: What Type Of School Friend Are You?

School’s back in session, take our quiz to see what kind of friend you are… 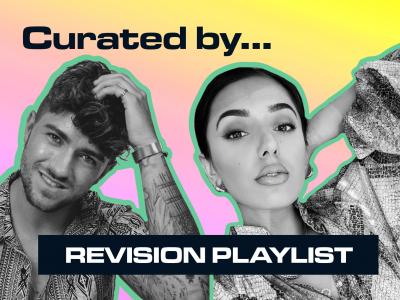