As long as there have been people on the planet, there has been an LGBTQ+ community. However, the history, lifestyle and rights of this community hasn't always been easy. But it’s always been important.

Before we dive right in though, let’s do a quick overview of some events leading up to the 80s and what that meant for the new decade. The Criminal Law Amendment Act 1885 made homosexuality illegal in the UK. By the mid 50s, there were over 1000 men in prison because of their sexuality.

In 1967, the Sexual Offences Bill was passed, decriminilising homosexual acts between two men...as long as they were over 21, both consenting, and conducting any sexual acts within the privacy of their own homes. It took another 13 to 15 years for Scotland (1980) and Ireland (1982) to pass the same bill.

So, in the 1980s, it wasn’t illegal to be gay, but it was certainly not easy. And it didn’t get easier, as this decade brought with it the breakout of HIV/AIDS. The first case of AIDS in the UK was recorded in 1981, when a 49 year old man was admitted to hospital in London. He died just ten days later.

The following year, British man Terry Higgins died of AIDS in St. Thomas’ Hospital. A silver lining was born from his tragedy, when his partner, Rupert Whitaker, and friends, set up the Terry Higgins Trust - which is now known as the Terrence Higgins Trust - the UK’s first and leading HIV and sexual health charity. They support people living with HIV, amplify their voices, and help the people using their services to achieve good sexual health.

The Gay Black Group (formed in 1981 by a number of Black and Asian gay and lesbian people who found that most LGBTQ+ groups had a lack of minority members, making it hard for them to find empathy and people to talk to who would understand) approached the Greater London Council in 1982 to request funding. They were looking to create a centre that would provide advice and counselling, a helpline, a library and other resources. Three years later, in 1985, they received their funding and set up the Black Lesbian and Gay Centre, which was open to all lesbians and gay men. In 1986, the Greater London Council was abolished, which could have thrown the centre’s funding into peril. However, they started receiving donations and created a membership scheme to keep running, and stayed active well into the 1990s.

As the years went on, HIV/AIDS became more rampant in the country. As the knowledge behind it grew and people began to realise that it was a virus that could infect people through blood and sex, in 1983, gay men were asked not to donate blood.

However, in 1987, AZT (Zidovudine or Azidothymidine), the first drug to show any promise of suppressing the disease became available in the UK on prescription for anyone who needed it. One month later, at Middlesex Hospital in London, the Broderip Ward was officially opened. This was the first UK specialist HIV ward, and was opened by Diana, Princess of Wales. There was some controversy when she opened the ward as she made a point of not wearing protective gloves or a mask when she shook hands with the patients. Nowadays, that may not seem controversial at all, as we have more knowledge of how HIV/AIDS is transmitted. However, back then, even though it had been said that it could not be transmitted by casual contact, the public were generally terrified and naive to the disease. So, when Princess Diana did that, she had quite a cultural impact and helped change a lot of people’s perspectives of what this disease actually was. The BBC even stated that ‘she showed in a single gesture that this was a condition needing compassion and understanding, not fear and ignorance.’

However, not everyone felt this compassion. In 1988, Section 28 of the Local Government Act was introduced by the Government, under Margaret Thatcher's lead. Section 28 banned local authorities from ‘promoting homosexuality’ or ‘pretended family relationships’, and prohibited councils from funding educational materials and projects perceived to ‘promote homosexuality’. This meant funding was withdrawn from arts projects, prevented the discussion of LGBTQ+ issues within schools and colleges, and stopped pupils getting the support they needed. The Act was finally repealed in 2003, and then later in 2009, Prime Minister David Cameron issued a public apology for the legislation.

Also in the mid 80s, Mark Rees - a trans-man and a pioneer in gender transition - took the UK to the European Court of Human Rights, stating that UK law prevented him from gaining legal status recognising him as a male. Trans issues were not at the forefront of the conversation in the 80s, and ultimately, the case was lost. But, the court started to note the seriousness of the issues facing trans people, and his fight sowed the seeds for other important cases to come in the next few years.

At the very end of the decade, in 1989, the country saw something they’d never seen in a prime-time soap opera before...the first ever gay kiss, in Eastenders! The kiss happened between Colin Russell and his partner Guido Smith. Although many celebrated this happening, there was also a big backlash, with people saying it was ‘showing perverted practices during family viewing times’.

In the same year, in response to the Section 28 legislation, actor and gay rights activist Sir Ian McKellen was speaking on BBC Radio 3 about the issues raised by the Act and publicly came out. He then went on to co-found Stonewall - a group renowned for its campaigning and lobbying for LGBTQ+ rights. It was named after the 1969 Stonewall riots in New York City’s Greenwich Village, and from the outset looked to prevent such attacks as Section 28 on lesbians, gay and bi people from ever occurring again. In 2003, Stonewall was granted charitable status and has since gone on to help achieve the equalisation of the age of consent, lift the ban on LGB people serving in the military, secure legislation which allowed same-sex couples to adopt, helped secure civil partnerships and then same-sex marriage and ensured that the recent Equality Act protected lesbian, gay and bi people in terms of goods and services. In 2015, Stonewall extended its remit to campaign for trans equality alongside lesbian, gay and bisexual (LGB) equality, following an extensive consultation with over 700 trans people.

The repression of the 1980s certainly seemed to mobilse the gay community in a way not seen before. In the next blog, we’ll take a look at the 1990's and what this mobilisation achieved...

We’re aware that we may have missed a few things, and that of course, LGBTQ+ rights and history didn’t start in the 1980s. So, feel free to let us know anything you’ve learnt and think is important to share over at @NCS! 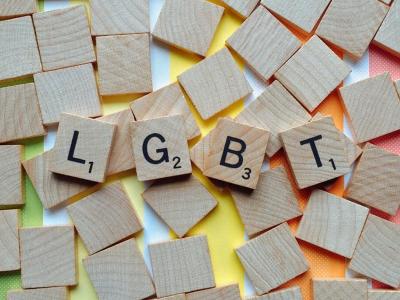 LGBT+ and Proud - Advice from Grads

February is LGBT+ History Month! The LGBT+ community are growing visibility and acceptance in the mainstream means fewer young people have to suffer with stigma.

We caught up with Ellen Jones, an award-winning LGBTQ+ rights campaigner, to find out her story, her purpose and her fight...

Has Equality Been Reached for the LGBTQ+ Community?

It’s something that’s long been fought for, but has LGBTQ+ equality truly been achieved in today’s society? Or do we still have a long way to go? NCS grads, Mia and Kajaanie, share their views...