What Does It Mean To Be A Man? 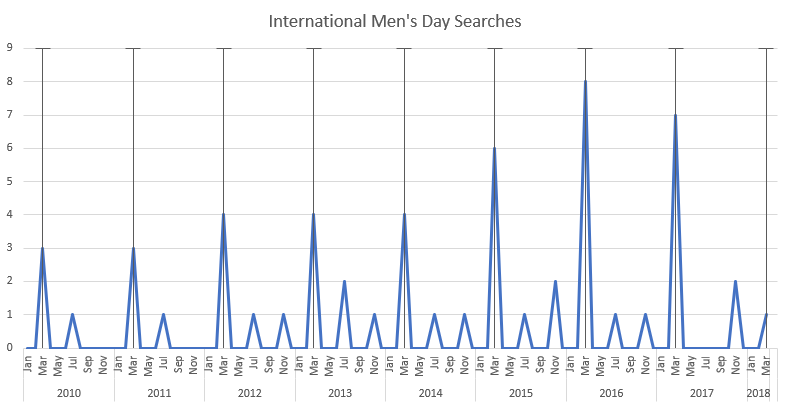 The funny thing is, that search will come back with many links to International Men’s Day. Because yes, there is one! Every year on 19 November, International Men’s Day shines a spotlight on men making a positive difference in the world and raises awareness on issues facing men on a global scale. These issues include mental health, toxic masculinity and the prevalence of male suicide.

And these are important conversations to have (and not just on 19 November) because what we usually hear around men’s mental health and wellbeing tends to be clouded.

In a 2016 survey for Men’s Health Forum, the majority of men said they would take time off work to get medical help for physical symptoms (chest pains, unexpected lumps etc.), yet fewer than one in five said they would do the same for anxiety or feeling low.

Men’s Health Forum suggest men have much less access to the social support of friends, relatives and community than women. In other words, they go it alone. Or at least, feel like they have to.

And when over three-quarters of people who end their own lives are men; when men are three times more likely than women to become alcohol dependent; and when 6% of fathers in the UK have a mental health problem at any given time, we have to ask, why?

This is usually where the term ‘toxic masculinity’ comes into play. It’s a bit of a hefty one, but in its simplest form, it comes down to the attitudes and behaviours that ‘make you a man’. Men must fight, men must not care, men are weak if they do. Cars, violence, sex = yes. Caring, feeling, showing emotions = NO!

The Good Men Project have an article worth checking out here for an in-depth look at what it means, but essentially, toxic masculinity is about putting a limited idea on what ‘being a man’ means.

And while we can lol at this, a lot of people see it in a negative light, in a similar way that people think feminism is just about ‘hating on men’. And that just makes it worse. Because toxic masculinity is not saying that men are bad or evil, and it’s not saying that men are naturally violent. It’s actually just trying to open the discussion about what ‘being a man’ is.

Luckily, there are amazing organisations who understand this and are doing all they can to open up conversations about manhood, and create better social support.

LADbible started the campaign UOKM8 to destigmatise mental health problems. Their Everyday Heroes series of videos (with the likes of Olympian Louis Smith) aim to give audiences advice, inspiration and amazing stories to help with everyday life. UOKM8 is also a content building platform where everyone can talk about the issues surrounding men’s mental health. It also gives young men a space to talk about the feelings of isolation, anxiety and depression that they may not feel like they talk about anywhere else.

We’ve already mentioned them, but The Good Men Project is an awesome social platform that explores men and manhood in a way that no media company ever has, tackling issues and questions that are most relevant to men’s lives. You can read blogs, join the community and even submit your own pieces of writing.

Then there’s good ol’ Movember. No matter how funny the movement seems at first glance *twiddles tiny moustache* it’s actually about so much more than trying to grow an upper lip crumb catcher. Yes, the outward focus is facial hair, but Movember is actually changing the face of men’s health in a literal way.

With a simple “Grow a mo, save a bro” tagline, you’re encouraged to grow your ‘stache and inspire donations, conversations and real change.  (And don’t worry, if you’re moustache-ically challenged, you can also do Move for Movember, where you run or walk 60km over the month – “60km for 60 men we lose to suicide, each hour, every hour across the world.”)

Another extremely important, and helpful resource is CALM, the Campaign Against Living Miserably. They run a free and confidential helpline and webchat, to help men with any life problems they may be facing and to prevent suicide.

And of course, there’s International Men’s Day. While it may not have quite the same rep as International Women’s Day, it doesn’t mean it’s not important. It gives the space - and the start - for important conversations to be had. And what better time to redefine what ‘being a man is’, than on 19 November, right?

This year, we challenge you to do something in support of International Men’s Day. Shout loud about a great guy in your life, have an honest conversation with your mates about how you’re all feeling, or let your face fuzz free.