Earlier this year, we ran a competition for NCS grads all about tackling loneliness. We asked you to write a letter to a government minister with some original ideas that would help address the following question:

“In its strategy for tackling loneliness, the government recognises that digital technology can be used to help tackle loneliness, which is particularly relevant during this time of isolation. However, it can also make the problem worse for some people.

In what ways do you think digital technology can contribute to loneliness amongst young people? What do you think can be done to change this, and what can the government do to help?”

And loads of you responded! We had almost 160 letters to go through with so many ideas to make life a little bit better.

Once we’d had all the entrants, our panel of seven NCS Grads read through them all and made a shortlist. This shortlist was then judged by members of our Trust, and DCMS’s Policy and Loneliness Teams to select one winner and three runners up.

The first runner up was Georgina, who wrote a letter about “promoting connectedness by encouraging citizens to turn off phones for an hour a day….encouraging teenagers to volunteer at local care homes, visiting the elderly who use their birthday wishes for someone to talk to...and creating a nationwide youth parliament which brings victims of loneliness together via an online platform to make rational decisions for the country.” The judges thought Georgina’s letter and ideas were highly persuasive and engaging, and she had a good grasp of digital technology.

Next up was Gemma, who said one way to tackle loneliness would be to “set up an online group chat service between schools to help students meet and engage with other students of similar ages with the same interests. This would help students to widen their friendship circles and to get to know students who they may one day be alongside in college or university classes, therefore increasing their confidence during transitional periods as well as their mental wellbeing during this time of isolation.” The judges liked Gemma’s idea as it was a simple solution, and one that could be easy to implement.

The last runner up was Monica, who’s idea was about creating “an aggregator application, which provides a platform whereby young people can explore a collation of resources in order to engage and inspire. The application will contain a series of links, videos, articles, and podcasts which aim to encourage, facilitate, and expedite personal physical and mental growth.” The judges thought the idea of an app rather than social media to encourage personal growth was a great idea, and a simple solution without too much legwork to promote.

And the winner of the competition was Luke, who said that “the digital world has reduced human connection considerably, under the illusion that it is bringing us together faster and better.” Luke’s idea for tackling this lack of human connection, and loneliness among young people, was for the government to “create the advertising campaign 'A Deed A Week' to persuade young people to engage in a rewarding task at least once a week, record the deeds and upload them. Young people will have to think creatively for ways to help people while sticking to social distancing rules. For example, the campaign could suggest ideas about helping in the house or the garden. In addition, the campaign could hold competitions for people to get involved with such as drawing or making something. This will steer people's focus away from feelings of isolation and towards feelings of accomplishment and togetherness!” The judges thought Luke’s letter and idea was a well written proposal with good structure, and an achievable process. They liked that it was a simple, practical idea and focussed on community spirit during lockdown, with some great societal benefits.

Luke, Georgina, Gemma and Monica met (virtually!) with Baroness Barran, the Minister responsible for tackling loneliness, to present their letters and talk about their ideas in more detail. See the Baroness tell us what she thought about meeting and talking to our finalists in the video below: 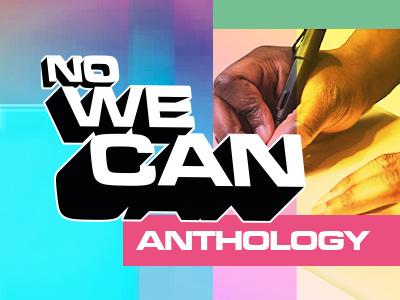 No We Can - The Anthology Winners

Check out which Now We Can stories got picked for our anthology...