Spotlight On: Digital Currency With MyBnk

It’s the second in our brand new series Spotlight On where we explore issues that matter the most to you, with professionals in those fields.

This time, we’re partnering with MyBnk - who deliver financial education and empower young people to take charge of their future by bringing money to life. From Bitcoin to blockchain, the world of cryptocurrencies can be confusing. Luckily, MyBnk has it all sorted! Here’s what they have to say…

It’s a type of money that’s only available in a digital or electronic form. You can’t feel it or touch it like cash and it’s usually stored in an e-wallet like an app or computer programme. It’s also encrypted, which means it’s one of the most secure, anonymous forms of monetary transaction there is. Whilst it is secure, as we are not financial advisors, we are educators, so we strongly suggest not getting involved in digital currency until you are over 18 and have done extensive research of your own to find out what’s best for you.

An early use of Bitcoin was for fast food. In 2010 Programmer Laszlo Hanyecz traded 10,000 bitcoins for two Papa John's pizzas – about $41 at the time. Today that order would have cost nearly £400 million.

It’s one of the first and most popular digital currencies on the market, but it’s not the only one. You may have heard of Ethereum, Litecoin and DogeCoin. There are literally thousands of them!

Blockchain is a database used to track transactions. Since digital currency doesn’t have physical cash or bank accounts, the blockchain ensures digital coins are where they should be. Think of it as a list of all the transactions ever made by all the people using that currency. Records are public, meaning anyone can see it and it can’t be edited.

This data could be someone spending, mining or selling digital coins. As new data comes in, it is entered into a new ‘block’. Once the block is filled with data it is ‘chained’ onto the previous block, which links data together in chronological order. Most are ‘decentralised’ meaning no one person or organisation holds all the records, like a bank or government. 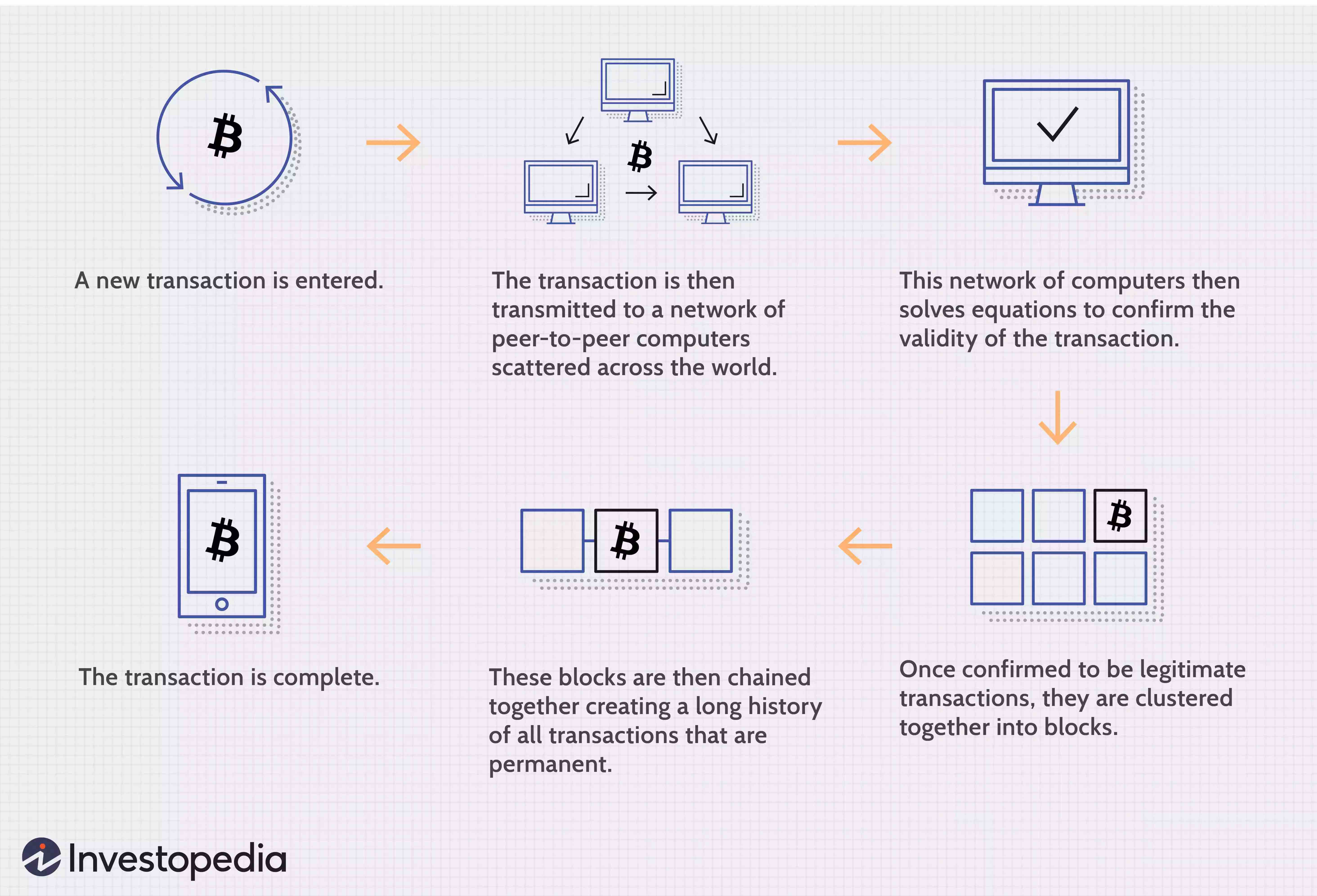 How can I get some?

There are two ways: buy it or mine it. You’ll also need an e-wallet - there are lots out there and not all are tied to a currency.

Right now a single Bitcoin costs about £40,000. It’s essentially an investment and involves a lot of risk, meaning you are not guaranteed to make a profit and could lose what you’ve put in.

Remember, digital currencies have no intrinsic value (like a house for example), it’s just a bunch of 1’s and 0’s that people have DECIDED are worth something. Prices go up and down – if you buy a Bitcoin today for £40,000 and tomorrow the price shoots up to £50,000, then you’ve made a cool profit...IF you sell. But there is every chance that tomorrow that coin could be worth £5,000 – and selling then means a huge loss.

A few years ago, a lot of people got excited about Bitcoin pushing the price from about £4,000 to £20,000. After the initial gain it dropped back to under £10,000 and has been going mostly up since. Investing now means spending a lot of money in a volatile market. The increase could be down to more people and businesses accepting it as payment or a loss of faith in traditional currencies, which can be manipulated by banks and governments.

Mining for digital coins involves using a computer to work out complex maths problems. Sometimes, this will include doing the background work to ensure the blockchain is up to date. Once complete, everyone involved in mining that coin will get a cut of it, usually based on how much they contributed.

Sounds great right? Just leave your PC on and make money? Unfortunately, once a coin is mined, the next one becomes harder to get and so on. It takes more time, power and people to mine a coin meaning you need to share it with more people. In fact, most will need to spend thousands of pounds on graphics cards to make a ‘mining rig’ to do it effectively.

Heard of mining pools? These are groups who ‘jump in’ and pay a website to ‘mine’ on your behalf using the limited power of your PC – the site usually takes a cut of your profits. You’re relying on the organiser to ensure it’s fair, and some pools have been shown to be scams, so you need to be very careful.

How do you actually use digital currency?

You can sell it on markets like a stock or share, minus a fee. This releases your digital currency into cash that you can move to a bank account.

You can pay for things directly. Microsoft, Burger King, KFC and Tesla all offer the ability to pay with Bitcoin. You will struggle to use it on the high street, but some online retailers, like Amazon, may accept it soon.

There are some products being planned like the physical metal Crypto.com Visa card which lets you use your cryptocurrency as a debit card to use in shops. The shop receives payment in pounds but Crypto.com will take some of your cryptocurrency and convert it for the sale – you just hand over the card like normal. It’s unpredictable exactly what items will cost and the value fluctuates. It will likely cost if you want to get the most benefit from systems like this so make sure you understand the full costs before signing up to products or services.

Finally, Bitcoin ATMs – you can literally buy and sell Bitcoin at kiosks all over the country now, but fees and charges are a downside.

Bitcoin was originally created to keep money safe. However, as with anything digital, people have found ways to crack codes and scam people out of their money.

As long as you keep your e-wallet details safe only you can access your Bitcoin.
However, if you lose your password or code there is no way to recover them. You can’t withdraw it and put in a piggy bank, it HAS to be stored digitally.

One Welsh man found out the hard way that you need to keep all your wallets safe. After mining 7,500 Bitcoins he threw away his laptop, leaving his e-wallet on the hard drive. Those coins are now worth £300 MILLION. The council turned down £50m so he could hunt the tip.

And it’s not just wallets you need to keep safe, you need the passwords too. Stefan Thomas has around £280m in Bitcoin in his wallet…but has forgotten the password and only has one attempt left before it’s locked forever.

Scammers will try to get you to send Bitcoins or phish your deets. Internet fraudsters use digital currencies as a payment method due to its untraceable nature. The usual rule of ‘if it’s too good to be true…’ definitely applies.

If you’d like help to take control of your finances visit MyBnk’s YP Zone for tools, videos, chatbots, e-learning courses and guides. Fresh items include a saving text message service and a special course on becoming financially independent at university covering banking, borrowing, budgeting and spending. Developed with The Mix and Money and Pensions Service. 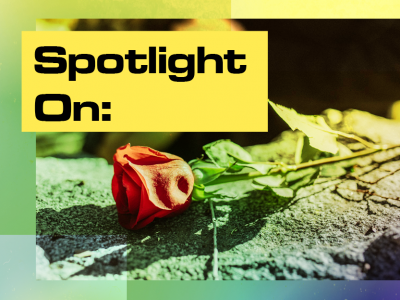 Spotlight On: Knife Crime With The Ben Kinsella Trust 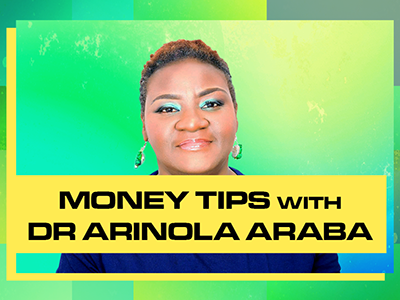 Get money smart with financial expert, and founder of bMoneywize, Dr Arinola Araba… 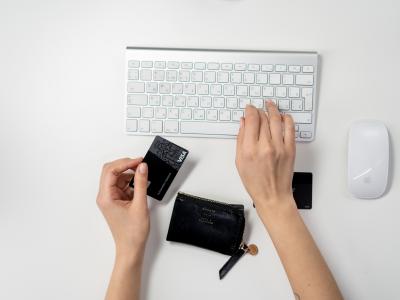 What Games Teach Us About Money

Get money smart and play games at the same time. The perfect combo.