Emma Cannon is a singer-songwriter from Bath whose track on Mixtape ‘22 is all about Ourselves. Emma’s been featured on BBC Radio One, Kiss FM and BBC Introducing and loves to mix up her genres, using emotive lyrics over electronic sounds. She’s sure to have you in your feels and on your feet! We sat down for a little chat to get to know Emma more and talk about her passions…

Hi Emma! How did you get into the music industry?

It’s quite random to be honest…it happened because I had a dream! I kept hearing this song playing over and over again in my head during lockdown, and I was getting really vivid dreams because of it. I went to sleep one night, and I literally dreamt up my track Tell Me. I literally dreamt the beat and I dropped the hook and the bass. I messaged Lazer Fox straightaway and we just made it. My brother is a DJ and said that I should send it to some labels. So, I emailed Garage Shared and they came back to me almost straight away and said they said they loved my voice. They asked if I wanted to be part of the Soulecta album, which I did!

From there I started putting more on Instagram and shared what I was doing. The more I put myself out there, the more people approached me. I also got some attention from other labels and people because Tell Me got put on some Spotify curated playlists. I put singing videos on Instagram and producers like Mikey B found me and started following me, and then just messaged me asking if I wanted to do a track. And then we wrote Crazy. Once I'd written that, more people found out about me. It was random! But, you know, you've got to just start somewhere and just put yourself out there. There are so many people that want to help you. And there are so many people in your position as well. It's crazy.  I've been singing and writing for about a year and a half now. Before that I literally refused to open my mouth and sing.

What is your genre?

My genre is predominantly UK Garage. That's just where I came from. That's the route. However, I have spread my wings out to house, drum and bass, dance, basically all electronic dance genres I'd say. I'm not restricting myself to any one genre, but UK garage will always be what I love.

Do you have any memories of listening and being around music as a child?

Yes! My mum has always loved music and she would always take us to musicals as children. And she was in choirs and she played the piano. I think that's where a lot of it came from. Apparently I would constantly hum a little tune all the time as a kid. I just found this little world that I could escape to. And from that I just naturally started writing lyrics, when I was about five and no one told me to do it. I just did it because it was fun. I've literally got song books from when I was about five, singing about love. Love!

I also had piano lessons, flute lessons, and music theory lessons since I was about eight. When I learnt piano I also started writing compositions for fun. It was just an escapism thing. And I used to do little music videos for them! But a lot of it was influenced by my mum and the fact that she just encouraged creativity. I was just completely drawn to it because it was just my little world that I would escape to and I was a very anxious kid and kept everything to myself.

What is the most exciting project you’ve worked on so far?

What is your track on Mixtape ‘22 about?

The song starts from someone who's in quite a negative mindset and they're feeling quite anxious and lost and alone. And I felt like I was feeling that a lot. I think a lot of young people can also relate to that feeling. We're expected to be perfect. We're expected to know exactly what we're doing. And at such a young age it's just not realistic. The only way that we're going to learn what we really want to do is by making mistakes, and then we'll grow from that. We need to be allowed to explore different fields of everything. So then you can figure out what you don't like and then compare it with what you do.

So yeah, it starts off from that perspective. And then it switches in the pre chorus, and it gets more and more positive as the song carries on. I wrote this because I have experienced all of this myself. I felt like I was speaking to myself in the song. That once you switch your mindset, and told yourself you can do it, and be who you want to be, you’re empowering yourself.

I think that is literally just the song in a nutshell. It's basically empowering yourself to believe in yourself. You can literally be who you want to be. You just need the drive, the motivation, and the confidence. And it takes time to build all of these things. But it's possible for everyone!

What else have you worked on?

I've worked on a lot of genres across electronic dance music. But I also used to make film scores when I was about fifteen. I did a film score for a short film for Bath Film Festival. It was a competition. And I ended up winning it so that was really cool!

What’s a fact we don’t know about you?

I have type one diabetes. I feel like I used to think that because it's a chronic health condition, it would hold me back from travelling and things, but it didn't. I went travelling solo when I was 18! So I guess that's a good fact for the fellow diabetics out there, or fellow chronic illness people out there.

Mixtape ‘22 drops soon, so keep your eyes and ears peeled! And follow @NCS for more artist profiles to see who we’re collaborating with… 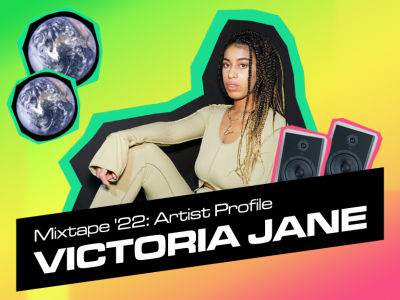 Find out more about Victoria Jane, our latest Mixtape ‘22 collaborator! 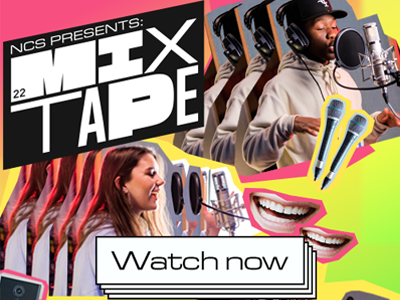 The Soundtrack To Your Life...Watch It Now! 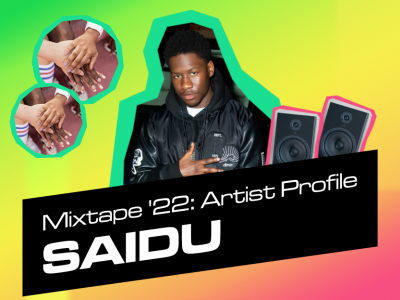 Find out more about Saidu, our latest Mixtape ‘22 collaborator!