What Black Lives Matter Taught Me About Myself And My Privilege

In the summer of 2020, the strange silence of lockdown was ruptured by the murder of George Floyd, Breonna Taylor and other Black people. The outrage that followed brought vast amounts of attention to the Black Lives Matter movement on a scale I have never seen before. People everywhere were confronted with the ugly face of racism rearing its head into plain sight, the ensuing conversations forcing us all to reassess our relationship with race and privilege.

I’m a young white person and I’d never had such a cold dose of truth before. It opened my eyes to the many ways privilege impacts my life and my urgent responsibility to be actively anti-racist. I began to pay much more attention to the everyday subtleties of racism all around me, and I’m learning how to become an ally.

As a writer, a major issue I’ve come across is the amount of partially-hidden bigotry infesting the language we use. When writing poetry, I’ve frequently had to stop and evaluate why my instinct is to include phrases that could cause hurt or be offensive. For example, why is darkness associated with danger? Or whiteness with purity? These racist connotations are so ingrained in our society that I found it hard to spot them at first, but once I did, they seemed to be everywhere.

A big focus of my learning was around Shakespeare. I love his work because, amid that beautiful imagery, there are endless debates and viewpoints just waiting to be explored. Looking at the presentation of women, sexuality and class, you can find a plethora of interesting contradictions which enable wider discussions to take place. Unfortunately, his presentation of race is rooted in prejudice, but recently theatre-makers have been using these conversations to open up different interpretations of the Bard’s well-loved stories. The Globe Theatre have created a brilliant series of lectures titled “Anti-Racist Shakespeare”, where a panel of experts explain their ideas about this issue. Hanh Bui, Alfred Enoch, Varsha Panjwani, Vanessa Corredera and many others have offered different perspectives on A Midsummer Night’s Dream and Romeo and Juliet. They’ve criticised the use of ‘fair’ as a substitute for ‘beautiful’. They’ve exposed the poor treatment of the Indian ‘Changeling Boy’. But they’ve also explored Juliet’s perception of darkness as a sanctuary where she can express her love. This thorough evaluation of the pros and cons of Shakespeare’s plays has helped me think critically about one of my favourite writers, putting Black and Asian creatives at the centre of these incredibly important conversations.

In that vein, I’ve started to question the media I consume with a more critical eye. For example, like millions of others, I watched Stephen, a new three-part ITV docudrama about the murder of Stephen Lawrence. It was an important programme that brought to light the way racism in the Met police force prevented justice being served and how new evidence in 2006 allowed two of the killers to be arrested despite ongoing systemic challenges. One of the aims of the show was to bring the truth to our generation and ensure that Stephen Lawrence’s legacy is not forgotten, since the actual events happened in 1993. Reading about it gave me the impression that it would be focused on Stephen’s inspirational parents, Doreen and Neville Lawrence, who’ve spent years campaigning for this case. However, I was disappointed when I realised it centred around the detective who worked on the new investigation instead. Evidently, he played a vital role in the operation, battling the system to fix some of the police force’s previous errors. But I felt like the show placed too much attention on him and more should have been given to the incredible Lawrence’s.

I’ve also noticed the concrete impact of privilege in my daily life when it comes to things like the police. After a car accident turned sour, my mum and I were able to call them for help and I couldn’t help but think about how many people wouldn’t feel that was a safe option for them.

In addition, I’d like to think I’m more sensitive to how my friends (who are mostly ethnic groups)) and I may have different perceptions of the same thing because we’ve had different experiences growing up. I’m always grateful when they’re happy to teach me about their cultural background and heritage.

All these conversations have helped me grow as a person and as a result I’m always looking for ways I can make an actual difference to the anti-racist fight. Right now, I’m focused on holding myself accountable, learning as much as I can, speaking up when things don’t feel right, and trying to address any unconscious biases I have.

I’m by no means an expert and I know I have a long way to go, but if you’re struggling to know where to start, I’d suggest diversifying your social media feed, reading books/watching films where Black and other ethnic groups are telling their stories and listening to lectures or podcasts about how your favourite things interact with race. If you’re into language like me, I’d highly recommend the Globe’s lectures; they’re free to view and available on demand at https://www.shakespearesglobe.com/ 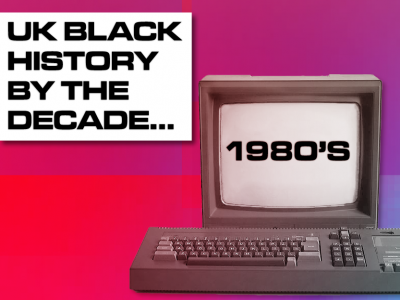 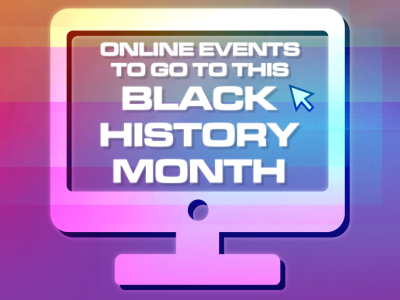 From quizzes to talks to music and more... 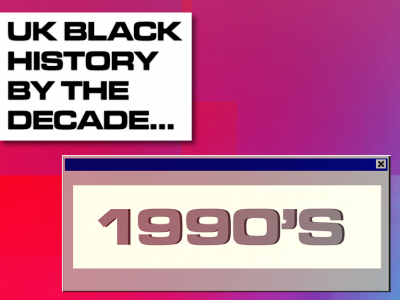