Spotlight On: Knife Crime With The Ben Kinsella Trust

We asked you recently what kind of content you want to see from us this year, and we got an overwhelming amount of responses - in the best way possible! It was clear to us that you’re really passionate about a lot of different things. And that’s why we’ve started our brand new series Spotlight On where we explore issues that matter the most to you, with professionals in those fields.

The first issue we’re taking a look at is knife crime, and what can be done is stop it. We’ve partnered with the Ben Kinsella Trust - who educate young people on the dangers of knife crime and help them to make positive choices to stay safe. Here’s what they have to say…

What is knife crime?

Knife crime is a term commonly used to describe crimes where any shaped or bladed object is used. This includes anything which is intentionally fashioned into a blade for the purpose of inflicting harm.

We can’t escape the recurring headlines. It feels as though every day we hear about another senseless killing, another life-changing injury, another family robbed of a beloved member. But despite the seeming prevalence of these stories, most people do not carry a knife. It is not normal to carry a knife.

The statistics around knife crime are stark. In the twelve months to March 2020, 84 people aged under 25 died after being stabbed. That is 84 too many.

Who was Ben Kinsella?

Ben Kinsella was just 16 years old when he was killed in an horrific act of senseless knife crime violence on June 29 2008.

Ben had been out at a local pub to celebrate the end of his GCSEs with his friends. On their way home, he and his friends realised they were being followed by three older teenagers. Scared and worried, they decided to run home.

But the older teenagers chased after them. They were seeking revenge for an altercation in the club that had taken place earlier that evening. Ben and his friends had nothing to do with the altercation, but when the older boys caught up with Ben, in an unprovoked attack, they stabbed him to death.

What is the Ben Kinsella Trust?

Ben’s family set up the Ben Kinsella Trust in 2008 to educate children and young people about knife crime and to campaign for justice and action for those affected by knife crime.

The Ben Kinsella Trust is now one of the UK’s leading anti-knife crime charities.  We educate young people on the dangers of knife crime and help them to make positive choices to stay safe. Our workshops and online resources follow the real-life journeys of victims and the offenders through a series of unique and immersive experiences to show how choices and consequences are intrinsically linked.

There is an incredible amount of misinformation around knife crime. The most common myth is that carrying a knife can protect you from harm. This is simply not true. The fact is that someone carrying a knife is more likely to be killed or injured with their own knife.

Another common myth is that there are safe places on the body to stab someone. Which is simply not true. The human body has a unique and intricate design, with multiple systems, each in place for a specific purpose. Any interruption to any part of this, can be fatal. Whilst stabbings often reach the headlines, many thousands of people who survive knife attacks live on, often with life-changing injuries. These stories are not told – the boy who was stabbed in the bowel and has to use a colostomy bag for the rest of his life; the man who had to have his leg amputated after he was stabbed in his femoral artery; the girl who is now registered disabled due to losing the use of her right arm after a stabbing injury; the boy whose brain stem was damaged in a stabbing, meaning he will need twenty-four hour care for the rest of his life. Imagine that these are your friends, your family.

Knife crime does not just affect the victim and the offender. When someone is involved in a knife attack, the impact ripples on for all concerned. In the case of a tragic death after a knife attack, the impact on the family is profound and everlasting; family members never recover. They will forever reflect on what might have been; they may find themselves blaming themselves, or others; analysing what possible action could have been taken to prevent the senseless loss. Friends grieve the loss forever. Whole communities experience an acute sadness at the injustice of the loss.

Knife crime and the law

Many people do not realise how the law is applied to knife crime cases. In law, someone can go to prison for up to four years, just for having a knife on their person, regardless of the reason. Being convicted for carrying a knife also means that you will have a criminal record. This could affect which countries you can travel to, your employment and education prospects.

What can I do to stop knife crime?

There are steps that you can take. Knife crime is not normal – most people do not carry a knife. Where people are carrying knives, normalising this behaviour is not okay and we need to challenge it. We all have a responsibility to reach out to our peers to prevent them from being drawn into negative activity. Talk with your friends about the risks around knife crime – one poor decision can result in a life being changed forever; consider the consequences of knife crime and the way in which your life would change. To learn more about how knife crime changed the lives of young people visit the Ben Kinsella Trust Learning Zone. Here you’ll find stories from real young people whose lives were changed forever due to knife crime.

We must all take responsibility. Teenagers are losing their lives to knife crime.  People are living with stark injuries because of knife attacks. If you have information, share it with a trusted adult, or if that is difficult, share it anonymously with Fearless. You do not want to look back in the future and think ‘if only’.

Your life is a unique opportunity to bring about positive change – what are you going to do?

If you have any concerns about knife crime and how it affects you and others around you, or feel like you need to talk to someone about any other issue, you can contact The Mix who offer free information and mental health support to under 25s or contact Childline for free on 0800 1111 or via www.childline.org.uk. 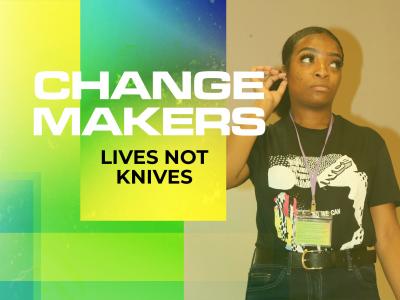 See how Aisha, Ayla and Team Unstoppable are working to prevent knife crime in London... 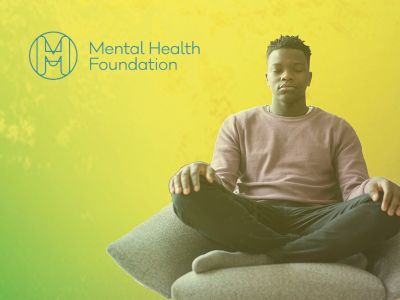 How To Protect Your Mental Health

The Mental Health Foundation give their advice on looking after yourself this year... 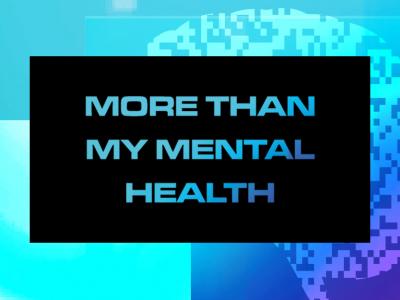 My Journey With PTSD

We hear from an NCS Grad, who tells us about what it’s like to live with Post Traumatic Stress Disorder...