The Science Behind Being Kind

When you make those around you feel better, you’re making yourself feel better, and it might even help your physical health. Kindness really is a two-way street, you know.

Remember when your friend was feeling down and you talked through their problems with them? How about when your sister broke her leg so you took her for ice cream? What about going to  see your grandma every week to keep her company? You made all of these people feel better because you were being kind. You might have just been following a subconscious nurturing instinct, but in every way you look at it, you made them mentally, emotionally and physically lighter and more happy.

However, do you know what that kindness does for your own wellbeing? Don’t look at it as being selfish and that you are only doing a good deed to make yourself feel better, but view it from the perspective of science: your kindness causes physical changes in your brain which are in themselves subconscious. Obviously, you don’t think ‘I’ll do this because it’s kind’ or ‘the right thing’ to do, you just do it. The other person views it as you being kind, which shows it is involuntary and deep within your subconscious human nature. Therefore, your biological benefits aren’t selfish, they are ultimately just the by-product of your actions.

This can be seen in research centred around oxytocin and dopamine as physical and mental benefits of kindness. For example, when we ourselves experience kindness, our brain releases the hormone dopamine, which is also known as ‘the happy hormone’. When we direct an act of kindness towards someone else, dopamine is again released, but this time due to our brain registering the response displayed by the receiver of the kindness act. This is often referenced as ‘the Helper’s High’.

Other research has also found that kindness is good for your cardiac system, specifically the heart. Acts of kindness are connected with the feeling of emotional warmth that in turn produces oxytocin - also known as ‘the love hormone’ - in your body. Oxytocin stimulates the release of the compound nitric acid in the body, which causes vasodilation of the blood vessels - which is where arteries expand in diameter to allow an increased rate of blood flow, allowing more blood to enter the heart at one time, relieving some of the pressure surrounding the heart and the blood vessels. This also protects the heart from cardiac arrest, tachycardia and the chance of developing cardiac arrhythmia.

Both dopamine and oxytocin cause physical rushes in the brain that can make it easier to form social bonds and trust people, as well as lifting your mood and mental health. This in turn can also trigger an impulse to increase the release of the neurotransmitter serotonin, which lifts and regulates your mood.

Kindness has also been seen to boost energy levels. In one study carried out by Carter, about half of participants reported that they feel stronger and more energetic after helping others. Many also reported feeling calmer and less depressed, with increased feelings of self-worth. Pain has also been seen to be relieved by helping others in acts of kindness, as these acts have been seen to release endorphins, which are the brain’s naturally produced painkillers.

Kindness could even reduce stress levels. A study carried out in 1998 showed that perpetually kind people were seen to have 23% less cortisol than the average population. Cortisol is known to increase stress levels as it is part of the ‘fight or flight’ response.

In layman’s terms, an act of kindness boosts your mood as well as the receiver of your kindness due to hormones and neurotransmitters in the brain being released. Your body then realises the benefit of the act and sees it as a liked effect, so it will do it again when the stimulus of giving an act of kindness occurs in the future.

Next time you are thinking about helping someone, remember that in turn, they are helping you. Even if you don’t know it. Maybe just don’t think of it as your main motivation because then that isn’t an act of kindness, it’s a non-selfless good deed, which when you think about it, doesn’t feel as good, which is counterintuitive really, isn’t it? 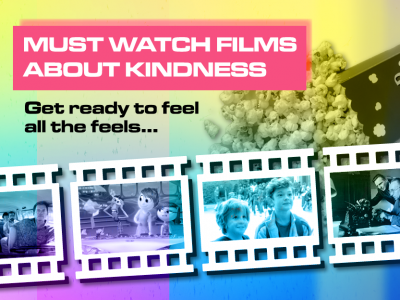 Must Watch Films About Kindness

Get ready to feel all the feels… 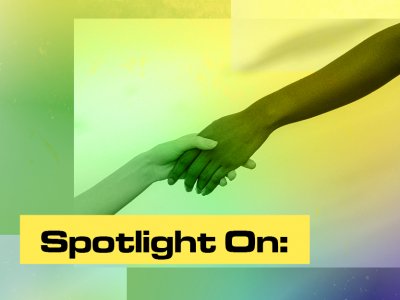 Spotlight On: Be Kind Movement