Representations Of Loneliness In Film And TV

Loneliness: a feeling many of us are familiar with, or feel suffocated and isolated by. Millions of people each day can feel alone whilst surrounded by people, like being a ghost amongst their peers and isolated beyond their understanding. Loneliness is a horrible feeling that I can guarantee everyone has felt at least once in their lifetime, no matter whether they have loads of friends or not.

Exploring the sentiment of loneliness, I have found multiple depictions of it through movies and tv shows. Personally, seeing my favourite character, who I believe to be strong as I watch them, suffering with something that I also suffer with, is refreshing and I no longer feel so alone.

Here are some examples of loneliness in tv and film to show that you are not alone, and that loneliness isn't such a foreign concept. I have specifically chosen more niche movies and tv shows to talk about, as hopefully it will inspire you to watch something less mainstream and discover something new:

The Lighthouse, featuring Robert Pattinson and Willem Dafoe, is a visually stunning and revolutionary movie in black and white that shows two characters and their journey whilst stuck together in a lighthouse. Whilst they may have each other, both men feel alone and tensions rise as they fight to keep their sanity. This is a unique look at loneliness in a character.

“We are only here briefly, and in this moment, I want to allow myself joy.”

Starring Joaquin Phoenix, Her is about a lonely man, Theodore, who finds love in the strangest of places. Theodore is shown living his life and daily routine whilst suffering through overwhelming loneliness and how he copes. This is an incredibly beautiful and strange movie that captures the essence of loneliness really well, and the abundance of technology in our lives and how it’s sometimes hard to separate fantasy from reality.

“When a plate breaks, you don’t fix it, you just get another plate.”

Cinemas in the last decade have been ruled by superhero movies; a perfect role model character who is brave and strong and has everything they ever need. Legion is a perfect contradiction. David Haller, the lesser-known son of Charles Xavier, otherwise known as Professor X from X-Men, is the most powerful mutant to have ever existed and yet is constantly doubting himself, his mental health and the feeling of loneliness that never goes away. Legion can be a hard show to follow along with due to the mind-bending visuals and immersive storytelling. The idea being that you feel what David is feeling,  and neither he nor the audience know what is actually real. Due to his conceptions, his mental health and incredible powers, David shows how a superhero can be isolated, alone and relatable.

“Shared suffering, she’d found, was no guarantee of intimacy.”

Under the Skin is another unique and visually stunning movie in which Scarlett Johansson plays a character only ever referred to as ‘The Woman’. Without going into spoiler territory, the plot follows The Woman as she preys on lonely men, whilst also discovering things about herself and realising she is also deeply alone. It is hard to expand on the overbearing presence of loneliness and the connotations in the movie without spoiling it, however it is clear that everything in the movie is a visual metaphor of the feeling!.

House M.D. is a medical drama show which features a main character who is speculated to have an antisocial disorder. Doctor House, played by Hugh Laurie, is a spectacular character study that makes you both relate to, and hate him at the same time. His antisocial behaviour is problematic in the show, however one very obvious fact about House is that he is extremely alone. He may be surrounded by his team and patients, but he doesn’t have friends or anybody who understands him and his techniques.

The next time you feel alone, try watching one of these to help you see that you are not the only one struggling and there are people there for you who will understand! One of our greatest faults is what we don’t share and reach out for help when we need it and one of our greatest strengths is realising that millions of other people are feeling the same. It only takes one person to reach out and help.

If you are battling with loneliness, we recommend you seek support from Mind, Childline or & The Mix. 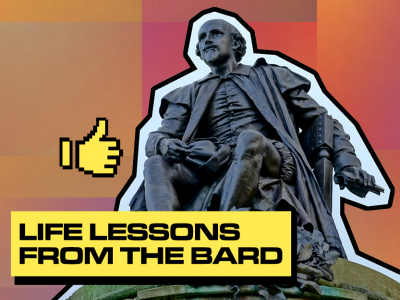 Life Lessons From The Bard 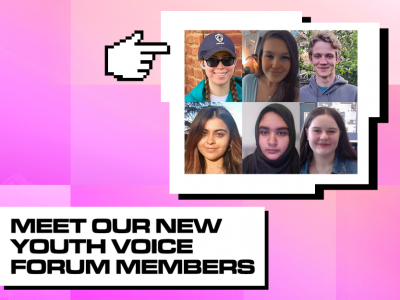 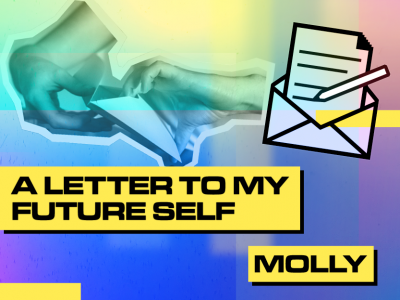 A Letter to My Future Self: Molly

A manifesto for the future…