Profits Over Ethics: A Brand Story

Small and up-and-coming businesses and creatives often find it difficult to make it in the industry due to lack of exposure and multitudes of competitors. Not only do creators have to compete with each other, but they have a bigger issue to contend with: copyright.

Conglomerates and worldwide companies are stealing the works of smaller, underpaid workers to easily profit for themselves. This copyright and plagiarism can manifest itself in many ways, from exploitation of workers for their labour, skills and intellect, to somehow just forgetting to credit their time, effort and ideas with something as little as a thank you.

Take Nike for example. In the 1990s it became well known that the company used sweatshops that were inhumane, had appalling working conditions and forced workers to take long shifts for minimal pay. Nike has since vowed to become a more sustainable, ethical and moral company, taking steps such as annual reviews across the company to identify any wrongdoings. But it’s not only Nike who have profited off of factories distributed overseas in developing countries, offshore accounts and a chain of succession. So why do companies do it? Not only is it to dodge the taxman, but to exploit workers for unpaid labour and to devalue workers’ skills, rights and ultimately, lives.

Nike’s more ethical image came tumbling down in 2017, when 500 workers from factories supplying clothing to Nike, Puma, Asics and VF Corporation, collapsed from exhaustion due to lack of basic working conditions, which opened up old wounds from the ‘90s and raised questions about Nike’s moral integrity. This led to a Guardian report which found “temperatures exceeding 37 degrees Celsius”, along with “poor ventilation and chemicals inside and outside factories” that contribute to “the gruelling working environment”. Not only does this destroy every basic human right imaginable, but it shows how profit is clearly triumphing over ethics.

But where does that leave us as consumers? A good place to start is thinking about where and why we shop. Does the shop you’re buying clothes from  have accreditation on their items? Have you ever seen a creator’s name on a piece of clothing that isn’t from a designer or a high end tailor? Have you ever seen any kind of notifiable evidence of referencing or supply chain on an item from your favourite shops? Someone during the production process has to design and create those clothes at some point, even if they’re not a specific designer per say.

Other brands that come under scrutiny are online brands such as ASOS and Pretty Little Thing (PLT). As they don’t require a shop, so have no rent or overheads to worry about, these companies are already making profit as soon as they sell an item. However, they may not be as clean cut as they seem. For Black Friday 2020, PLT had an 8p sale, selling items at rock bottom prices for up to 99% off. At a glance, it may seem amazing to get clothes for such cheap prices, but under the surface of these deals  there is a whole sea of ethical and environmental issues. Discounts like these raise major questions within the fast fashion industry such as ‘how do you profit off of 8p?’, ‘who is making these items and how much are they getting paid if they’re being sold this cheap?’ and ‘what materials and skills cost less than 10p?’ The company did receive major backlash but it didn’t stop them selling countless items in the Black Friday Sale. It really does make you think about who is  being exploited by fast fashion and how can we fix it?

Collectively, we have to challenge the brands for accreditation, better pay and better working conditions. Brands notice when shoppers care about topical issues and want change. For example, how many clothing brands have started stocking ‘sustainable wear’ and ‘made with recycled materials’ clothing since climate change activism has been more openly talked about? I’d say it's quite a few, even high street brands like Primark are doing it.

If it’s online, call it out. Bad press is bad for the brand and the last thing a brand wants is to lose profit...even if it was gained from stealing the ideas of an up-and-coming designer.

At the end of the day, that is what brands need to realise. These aren’t just abstract ideas and skills and products, but they are people that make them and they need to be valued because without them, the brands would have nothing to sell. 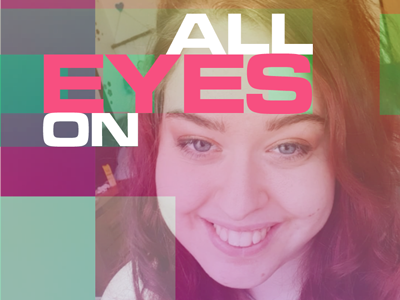 All Eyes On: Yasmin

NCS Grad Yasmin started her own business, these are her tips and tricks to success… 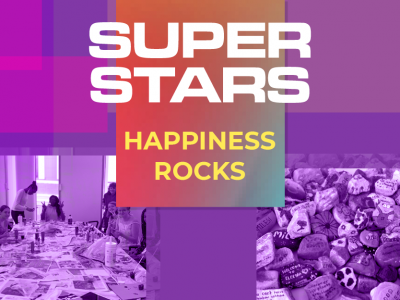 See how Heather and team brought joy to their local park! 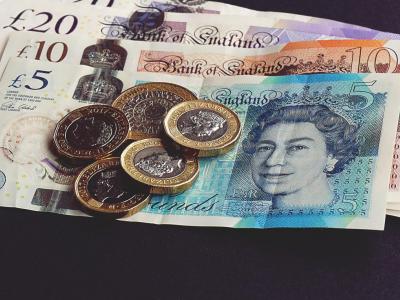 10 WAYS TO BE MONEYWISE

Money, money, money. We work for it, but how do we make it work for us? With some help from our friends over at MyBnk, we've pulled together 10 tips to help you understand everything from your student loan to your state pension.