Poet’s Corner: A Boy Is A Boomerang

We’re back with another instalment of Poet’s Corner, our series featuring poems written for you, by you! This time, Faiyaz writes about what it takes to find out who you are…

A BOY IS A BOOMERANG

What is there in this world but
Suffering, and strife?
We toil incessantly one dreaded day
After another, to keep our place
In a community of people who could
Not care less about us.
There is no love, only nit-picks.
You cannot be enough for your friends,
Family, elders, anyone. You cannot.
So thinking, I did the only reasonable thing
And left the village. “Very well!”,
I proclaimed, “I don’t need you then! After all,
Fortune will favour the man
Who vanquishes his weakness”,
And so I set off for the frigid North,
And its decaying ice flats which formed
A crust over a freezing sea of salt and glass,
Because the way to vanquish weakness
Was to extinguish the warmth of care & affection
With bitterness and cold. Or so did I think.
When I arrived I was alone; nothing but
A howling wind whispering hideous thoughts
Accompanied me in this solitary place
For solitary people. This was my rebirth,
And soon I saw an exposed lake and
Immediately I ran towards it, before skidding, and peering
Into the remorseless depths that stood before me,
The price I must pay to never be hurt again.
With but a deep breath I dived in, but
A lake of knives it turned out to be;
Nothing but a new kind of pain.
Care & affection, that priceless fire,
You can be denied it, you can wander from it,
You can go out of your way to extinguish it,
The cold will be all the same.
So thinking, my body began to cease its fighting
As my mind begged to be saved by some wonderful force of love,
But I knew this wouldn’t happen
As my eyes wandered their way shut.
When I woke up I was sitting by a fire
Underneath a golden blanket of stars,
Accompanied by a bearded traveller who had set up camp
In the frigid North. He must’ve saved me.
As soon as I could sit up, my body weak from fighting the sea,
I asked him why he had saved me. He said
It's what anyone would’ve done.
And as I stared at him with eyes afraid to wander
I saw nothing but his golden heart,
As radiant as the stars lying above, shining through,
The same heart that I had failed to see in others.
All my life I had been spinning,
Never able to focus on something and
See it for all its beauty and its ugliness,
Its compassion and its evil.
Little by little, the pieces of disinterest
That I saw in others accumulated on me,
Bearing me down and making me crash,
Stopping my spinning,
Driving me to the frigid North.
A Boy is a Boomerang, and because I had fallen,
All it meant was that someone would pick me up and throw me again.
So thinking, I thanked the traveller for saving me,
And went back home.

We’ll be sharing your poetry throughout the year, and it’s totally up to you what you write about. If you want to get involved, let us know over at @NCS or fill in our writer application form. 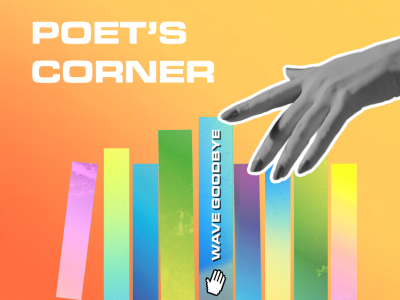 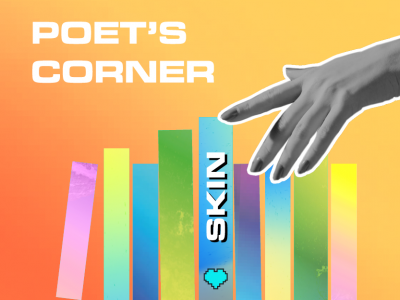 Skin: A Poem About Body Image 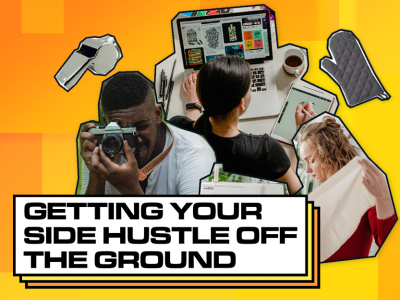 Getting Your Side Hustle Off The Ground

Some tips, advice, and inspo for turning your passion into pounds!