I’m Not Participating In Black Friday. Here’s Why…

Black Friday is an event inspired by the annual spending spree in America, conveniently placed the month before winter festivities. It is a day, or even weekend, at the end of November where prices are significantly reduced in stores countrywide, which undoubtedly promotes the movie style crowds and riots seen on TV to bag the best bargain.

However, did you know that despite the dropped prices you could actually be paying more for the items you buy? This is because you are more inclined to buy the things you normally wouldn’t, or don’t need, and end up overspending because on the surface, everything seems relatively cheap.

Well, I’m here to tell you, Black Friday is a scam. And that’s one of the reasons why I don’t participate in it.

Black Friday is a tradition stolen from America in order to increase the capitalist values integrated into English society, purely to trick the greater public into spending more money before the all awaited festive season. Did you know that because of increased spending online because of Covid-19 lockdowns, the retail industry’s impact on the environment has doubled? As shown by Statista, popularity in using online resources for retail purposes increased to 70% of British consumers as of February 2021. A further 38% of consumers had agreed that they had experienced a shift towards online shopping and had the potential to make it a permanent change, as stated by A&M’s The State of Retail. This is due to increased shipping, packaging, and posting in order for people to get their products on the desired day, or to have their products before the festive season. It amounts to a lot of irreversible damage for the environment, especially in large capitalist countries and mass producers such as China and America. The UK spends millions of pounds a year exporting commercial items on numerous ships and planes as a result of digital shopping sites like Amazon, Shien and AliExpress.

These larger scale businesses also cause a problem for smaller local businesses by pulling customers in with their reduced pricing and cheaper options, as well as convenience for shipping and possible subscriptions. This takes away from small businesses who can’t afford to participate in the Black Friday reductions, and in the most case, get left behind in the frenzy. The impact this has on small businesses has the potential to put them out of pocket and out of store.

It is important during this time that we do not neglect to support our local communities. After all, just because it’s cheap doesn’t necessarily mean that it’s  good. With small businesses you can find unique and inspiring presents that you wouldn’t normally get from a mass produced company partaking in the sales. It also means more chance of finding something that someone would really enjoy, over something ‘cool’ that just so happened to be 75% off. The value we place in the meaning of our gifts is important, especially in times when our world is so heavily affected by these big businesses who funnel out masses of product with no concern for the carbon emissions or impacts. That is why shopping sustainably is all the more important, because not only would it mean that you would make the most out of what is bought and enjoy it more, but most likely it would also mean that you saved money by thinking over the purchase first, instead of buying it on a whim. Mindfulness is a concept that humans need to practice if we are going to start patching up our messes in terms of our global impacts, and Black Friday is a direct enemy of this concept, showing that we are not mindful at all, and instead encouraged to see how far our pockets can stretch in a short space of time.
So I say, take a step back, and see the real implications of the situation. This isn’t a holiday for those in the working class, who scrape through the year to relish in the reductions of November. No, this is just another chance to make the rich richer, and to capitalise on the minor impulses of the public.

And that is why, instead of partaking in Black Friday, I shop locally, for things people would actually like, and I use what I already have for wrapping, delivering all the presents I give out by hand. It does take a bit longer, but in my opinion it is all the more worth it, and I encourage you to do it too. 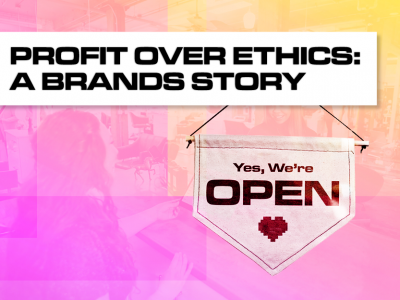 Profits Over Ethics: A Brand Story 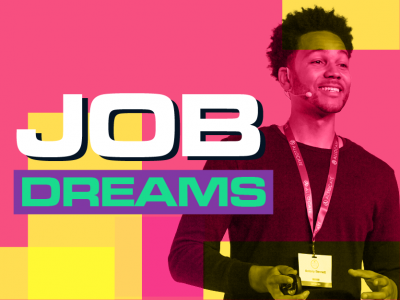 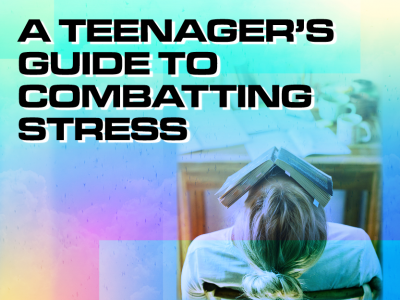 A Teenager’s Guide To Combatting Stress