Everything I Know And Love About Gaming…

By definition, gaming is the ‘action and playing of video games’. Thanks to modern-day technology and 21st-century advancements, gaming has become a popular pastime for many people. It is used for relaxation, enjoyment, creativity, socialising, and taking on new challenges. It is also a foundation for many careers like design and animation, and streaming full time.

From a young age, I found an appreciation for gaming, after getting a Nintendo DS for Christmas and playing Sonic Racing and Mario non-stop. I quickly fell in love with wrestling games, begging my mum and dad to get me the newest one every time it rolled out, right before my birthday. Playing these games helped build my confidence and even improved my problem solving and social skills as I found new topics to talk about with my friends. Being able to grow up in a world where video game consoles were advancing and mobile games were even more accessible, I was able to find gaming communities that I felt like an active member of and truly a part of.

Video games have been around for several decades,with the first appearance of them actually being made in science labs. The first dated record of gaming was in 1948, for a missile simulator game in the U.S.A, known as a cathode-ray tube amusement device!

Some of the earliest commercial video games, which came around in the 1950s, were Spacewars and Tennis for Two. Unfortunately, at the time, these games were not very accessible and pretty hard to buy. Thankfully, a man called Ralph Baer decided to change this. He designed the first ever blueprint for a games console you could play through your TV,  which would eventually turn into the first official games console, the Odyssey. Ralph is known as the ‘Father of Video Games’ because of this! More consoles followed including the Atari, made by Nolan Bushnell and Ted Dabney in 1972, with the famous game, Pong. In 1978, the company Midway created the game Space Invaders, which many believe kick-started the Golden Age of Gaming, where games likeMario Brothers, Frogger and Dragon’s Lair would become popular. Eventually, home games consoles became more and more popular and accessible, and even smaller, with the Game Boy, Nintendo DS, and Nintendo Switch.

Now that we’ve taken a look at where gaming came from, let’s cover some of my favourite, and what I believe are the most powerful moments in recent gaming history.

At the top spot  is the plane crash in Uncharted 3: Drake’s Deception. Released in 2011, this was the third instalment of Sony’s Uncharted series. With players taking on the role of Nathan Drake, the game had one of the best gameplays of all time. It was very immersive and unique for the early 2010s. The plane crash scene in particular is very popular, and the game was even adapted into a movie, also called Uncharted, with Tom Holland as the protagonist.

Next, is the creation of The Game Awards, an annual awards ceremony which recognises and upholds creative and technical excellence in the global video game industry. Games are nominated for many different categories and awards are given out. Some games nominated for this year’s top category - Game of the Year - included Metroid Dread, Psychonauts 2, and Deathloop, with the winner being It Takes Two. These are all awesome games that are well worth having a play!

And finally, but certainly not least, is the adaptation of games into movies. This is becoming common in the movie industry, where A-List actors and actresses are involved in recreating some fan favourite games.  Recent adaptations include Sonic the Hedgehog, where Jim Carrey played Dr. Eggman; Detective Pikachu, with Ryan Reynolds and Kathryn Newton; and The Angry Birds Movie 2, with Jason Sudeikas and Josh Gad, which was given a pretty impressive 73% Fresh rating on Rotten Tomatoes!

To find out more about gaming, all you need to do is start on Youtube! Here you’ll find amazing content creators like CoryxKenshin, LetsGameItOut, and ItsFunneh, and Kubz Scouts. These people helped me to get into gaming and develop a love for it and I hope they can give you new insights and expand your knowledge too. I dare you to search about one thing related to gaming today and see the beauty of it all! 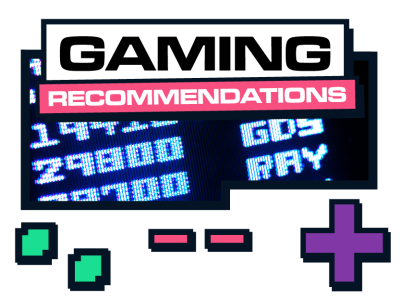 Games to fit your mood… 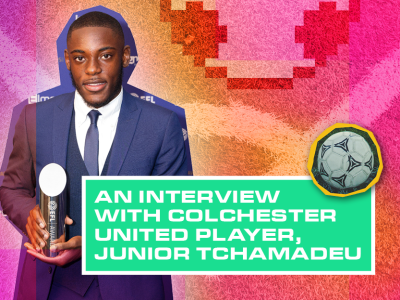 On his journey, his advice, and his love of the game! 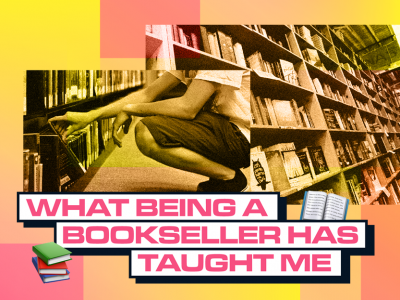 What Being A Bookseller Has Taught Me